In late 2019, the Silver State Pioneers started working with the Eddy House serving homeless and at risk youth in Reno, NV.  The Eddy House planned to move to a new location and expand their services to open a 24-hour center. Silver State supported this organization with a donation of much needed items for the new facility funded from a Community Engagement grant.  The Silver State chapter also committed to providing one meal a month from January to March 2020.

Working together as a team for the last 3 months,  10 active employees and life members provided delicious meals making a difference in this organization!  In early February, the facility was officially opened as a 24-hour center increasing the need for both breakfast and dinner meals as the facility does not have a commercial kitchen.   The chapter was able to transition to providing home-cooked dinners such as sloppy joes, pulled pork, tacos, pasta with meatballs along with sides, salads and desserts which fed between 25-40 youth.

During the February meal delivery, many Pioneers also participated in the AT&T Believe Nevada project to fill 100 To Go bags that included snack  items and AT&T and the Pioneers received positive media coverage. That same day, the chapter also donated much needed items such as crockpots, air fryer, lunch items and several bulk snack products.

The Silver State chapter has committed to providing a dinner a month from April-June.  Much has changed in the last month due to the COVID-19 outbreak and the chapter will continue to provide support to this very deserving organization.  The Silver State Chapter is thankful for our many volunteers for their time and support of the Eddy House Helpers project with over 50 volunteer hours in 2020. 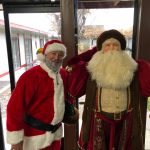 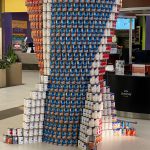